A good 16 million people in Germany need subtitles or Audio description. Quite the target group, which has nevertheless, hardly been perceived in recent decades. These are people with impaired hearing and vision and their numbers are growing. On the one hand, because we are getting older and older and so our auditory ability and eyesight is decreasing quite automatically. On the other hand, because a lot of young people are destroying their cilia with headphones. Thus, a significant surge has also been identified in this target group. This means that the large bubble of this target group is between 35 and 65.

But not all subtitles are the same. We know this from television: from the acronyms SDH or AD that appear on screen menus. SDH stands for Subtitles for the Deaf and Hard of Hearing and AD stands for Audio Description for people with impaired sight.

This form of subtitles is not the one we know from when a foreign language film is subtitled. These subtitles contain additional descriptions of sounds. After all, if you cannot hear very well, it’s not just dialogue that you cannot understand, but also when a door creaks or when an explosion causes a house to collapse. Subtitlers have to take all this into account when subtitling. Incidentally, it’s not a job that you just do. Our subtitlers have studied and have many years of practical experience. But how do you differentiate good subtitles from bad ones?

We all speak to each other. And we speak fast. So fast that no one would be able to keep up if our speech ran as subtitles. That’s why subtitlers have to grasp the meaning of dialogue and concentrate on a certain reading speed not being exceeded. That’s not always possible, but it should always be attempted. And then sounds and changes in tone in dialogue have to be described too. It’s quite a different thing when a subtitle reads, “(friendly) Come here to me” or “(frightening) Come here to me.” But that’s all part of it. Those who cannot hear often can’t understand the nuances that make up dialogue either. Usually, however, that’s exactly what it comes down to. And the music? Well, that can often be quite difficult. How do you describe music that’s supposed to express an attitude towards life or be threatening. Let’s remember Jaws. When the shark swims up, the music becomes ever more threatening. Our subtitlers can do just that, because they’re trained to.
But subtitles are only one aspect of accessible film versions. Audio description is an essential core element. This is the ‘audio version’ for people with impaired vision. Here it is a matter a placing a description of the image exactly in the gaps between dialogue. This is complex and can only be done by trained speakers or using synthetic voices. Audio description, or the ‘audio film version’ is quite complex. Firstly, writers have to watch the whole film once. And then it begins. They look for the gaps and try to place an image description. Once writers have finished their first version, blind authors now have to join in. And then everything has to be corrected. After that, it’s off to the studio. Here directors who specialize in audio description have to guide the audio describer. Then everything is mixed and will go to theaters or television screens. The whole process takes around three to four weeks for an average film of around 90 minutes in length.
Incidentally, the accessible film version can then only be created when the film is completely finished and finalized. Because subtitlers have to know all the sounds and writers every image and color variant, as they have to describe these.

And how do I listen to an audio description in the theater? That’s very easy today. For instance, using the Greta & Starks app (https://www.gretaundstarks.de/greta/). Using this, you can also read along with the subtitles.

There are separate channels for this on television that can be called up via a remote control.

For those who would like to read up about audio description, we recommend the homepage of Kinoblindgängerin (Blind Theatergoer): https://www.blindgaengerin.com/
With the new Media State Treaty (Medienstaatsvertrag), that came into force in the fall of this year, all media is now obliged to make their programs accessible. This applies not only to film but to the entire internet. Anyone who has more than 20,000 subscribers on their YouTube channel is now obliged to make their content accessible to everyone. This is just beginning and has not yet reached everyone, but the state media authorities are paying attention, and for the first time, those affected and unions have the option of filing a suit. That should not actually be necessary, because inclusion is a human right and it should be self-evident that content be available to all people. 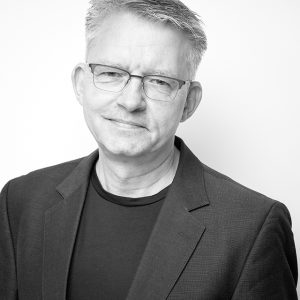